Easy Cinnamon Roll Monkey Bread recipe is a sweet, gooey, buttery treat made with canned cinnamon roll dough and covered in a caramel and sugar glaze. This family favorite recipe is perfect for breakfast, dessert, or a special holiday!

This Easy Cinnamon Roll Monkey Bread is an absolute over-the-top showstopper that is fantastic for breakfast or dessert. It tastes just as amazing as it looks with each bite rolled in cinnamon sugar, covered with buttery brown sugar caramel sauce, then drizzled with sweet icing. And it’s super easy to bake since it’s made with canned cinnamon rolls.

This is a hit every single time I serve it for family or guests. Family and friends requested this recipe more times than I can count. Trust me, no one will leave the table without a full belly and a smile on their face. Such a crowd favorite with pull-apart bread for everyone to dig in. It’s the perfect dish for Thanksgiving, Christmas, or any special occasion or holiday.

Cinnamon rolls– canned cinnamon rolls make this recipe so easy! Any brand will work as long as it’s an 8 count and around 12.4 ounces.

Brown and white sugar– this combination gives it that deliciously sweet taste! The brown sugar melts with butter to form a sticky caramel that covers the entire dessert. Then the white sugar gives it a little sweet crisp when you bite into it.

Butter– this helps make the caramel sauce and melts all over the cinnamon roll pieces to make the most amazing flavor! I prefer to use salted butter but unsalted would work just as well. This is up to preference.

How to make it

To summarize, all you have to do is:

Cut- the cinnamon roll dough into quarters. I found this easiest to do by using a pizza cutter but a knife will work too.

Mix– cinnamon and white granulated sugar together in a small bowl.

Roll– the dough in your fingers to make them into a ball and then roll the ball into the white granulated sugar and cinnamon mixture to completely coat all sides.

Place– place half the dough into a very well-greased bundt pan. Repeat- really grease that bundt pan. This will help it not to stick to the pan when the sugar and butter turn into a caramel sauce.

Melt– butter and then stir in brown sugar together. Do not worry if it does not fully combine together. It will combine and spread when it is baking.

Pour– half the butter/sugar mix over the dough.

Add– the rest of the sugar-coated dough to the pan.

Pour– the remaining butter/sugar mixture over the top.

Sprinkle– any remaining cinnamon sugar over the top of the dough.

Bake– for 40 minutes or until the dough is fully cooked through and then remove it from the oven.

Cool- the monkey bread in the pan for about 10 minutes.

Flip– over onto your serving plate. I recommend having help with this since the pan is extremely hot. I’ll usually put a plate on top of the pan, flip it over so the plate is now on the table with the pan on top, and then very carefully remove the pan from the plate. If greased well, the monkey bread should stay together and slide out of the pan. Do not worry though if a few pieces stick to the pan. Just remove them and put them back on the monkey bread. It should stick easily since it will be covered in the caramel glaze.

Warm– the icing that came with the canned cinnamon rolls. It usually only takes a few seconds in the microwave. You’ll want the icing to be thick but still able to pour. This will give it that nice white glazed look. Use as much of the icing as you desire. Typically I use 2 of the 3 containers of icing and save the last one for leftovers… if there are any.

Store– in the refrigerator in an air-tight container for up to 3 days.

How do you know when the monkey bread is done?

Does monkey bread need to be baked in a bundt pan?

To achieve the typical look of monkey bread, a bundt pan is best. However, two- 8×8″ square pans could be substituted in a pinch.

Can monkey bread be frozen?

Yes, this recipe can be for up to 3 months if the cream cheese icing has not been drizzled on the top. Tightly wrap the bread in cling wrap and place in an air-tight container or freezer bag. When ready to eat, allow to thaw in the refrigerator overnight. Warm in the oven or microwave and then drizzle the icing over the top.

– Grease the bundt pan really well with butter or cooking spray. This will help prevent the caramel glaze from sticking to the sides and will help the monkey bread release from the pan without problems.

– Use the regular size cinnamon rolls in the can and not the ones titled “Grands” to be sure the monkey bread is the right size.

– The brown sugar/butter mixture will spread well when baked. Do not worry if it is a little unevenly spread on the cinnamon rolls before baking. 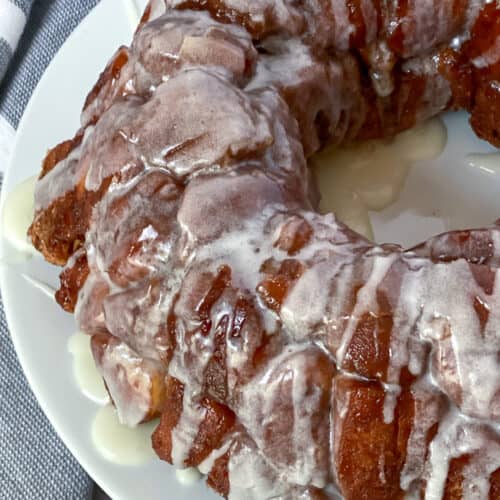 Tips and Tricks
*Nutritional values and cook time vary due to differences in appliance temperatures and product selection. 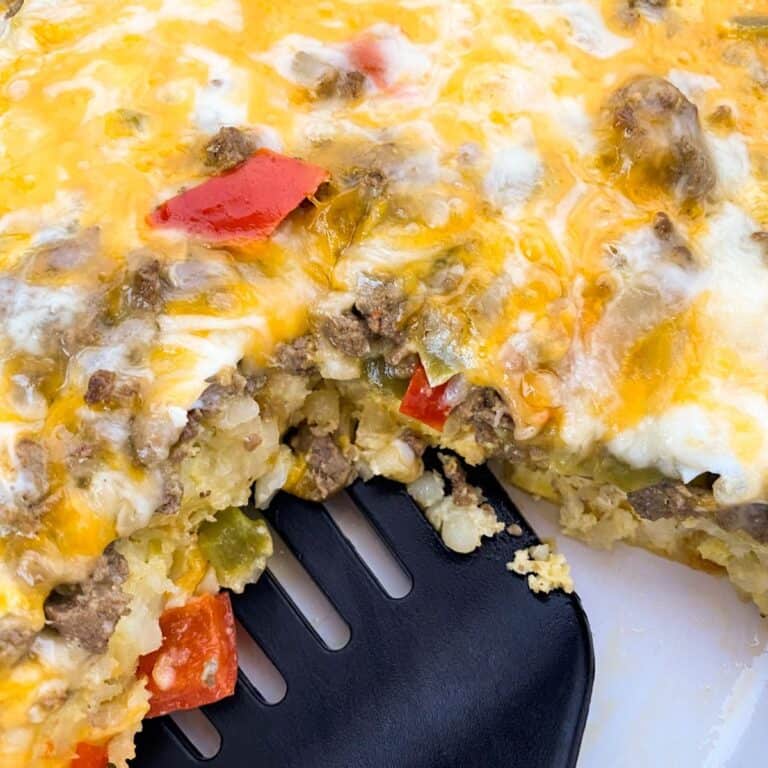 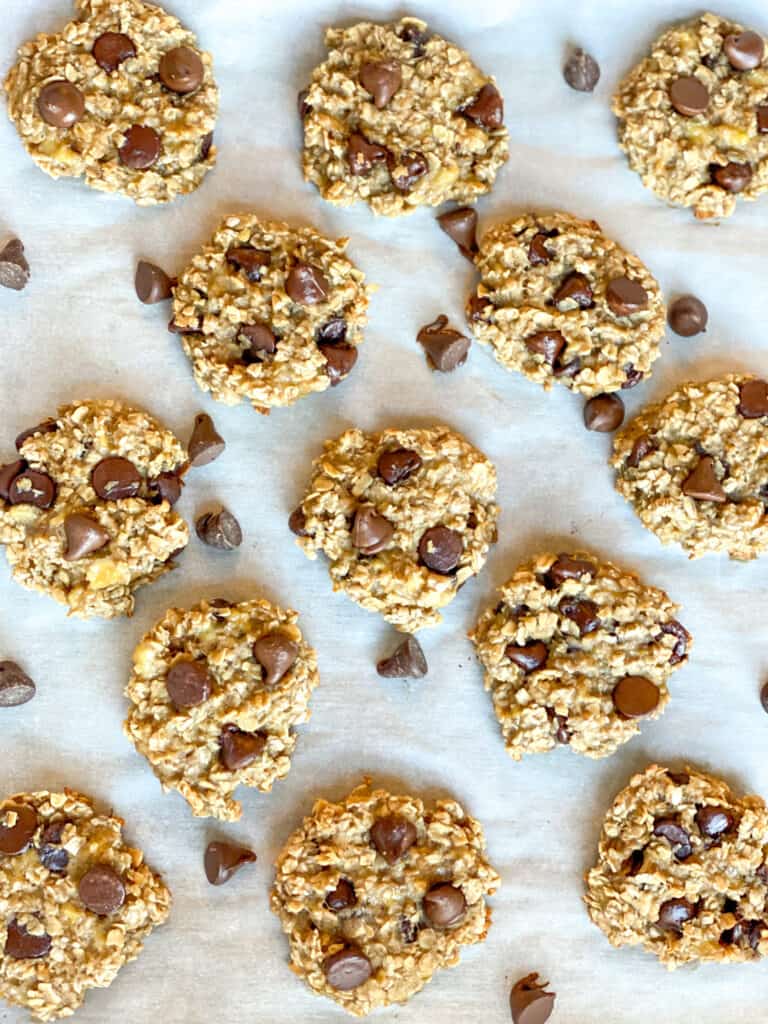 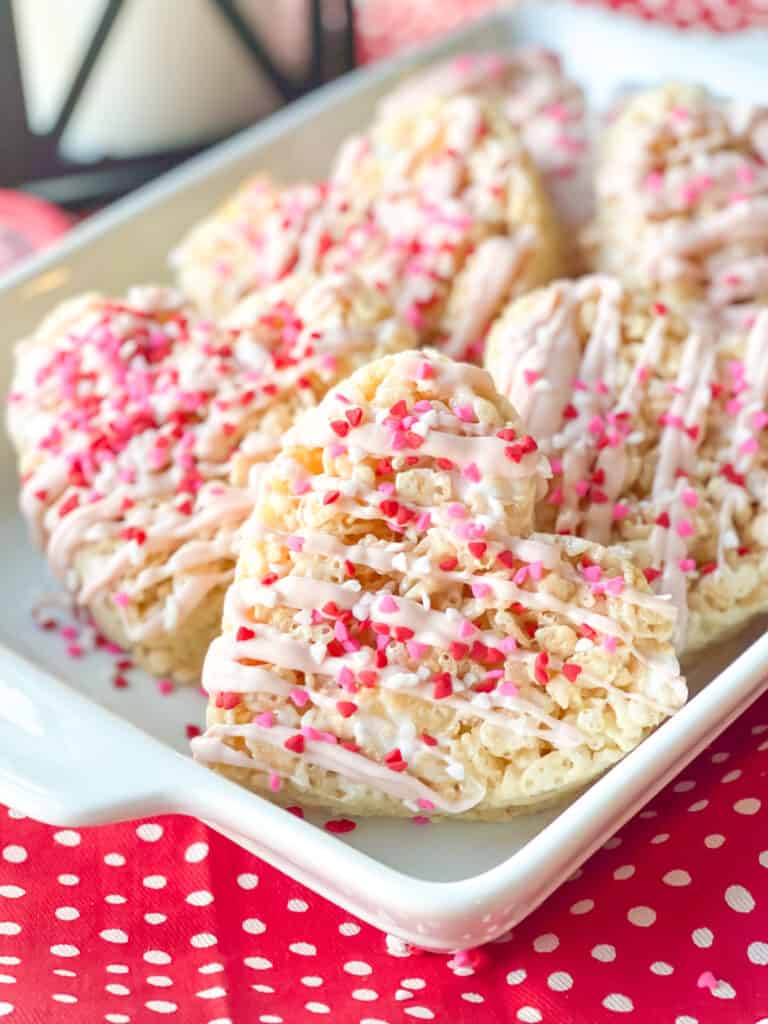 Valentine’s Heart Rice Krispie Treats are a favorite of both kids and adults! They taste fantastic and are easily made with crispy cereal, gooey warm marshmallows, creamy white chocolate, and topped with cute heart sprinkles. These treats are the perfect way to tell someone you care this Valentine’s Day! Valentine’s Day is one of my… 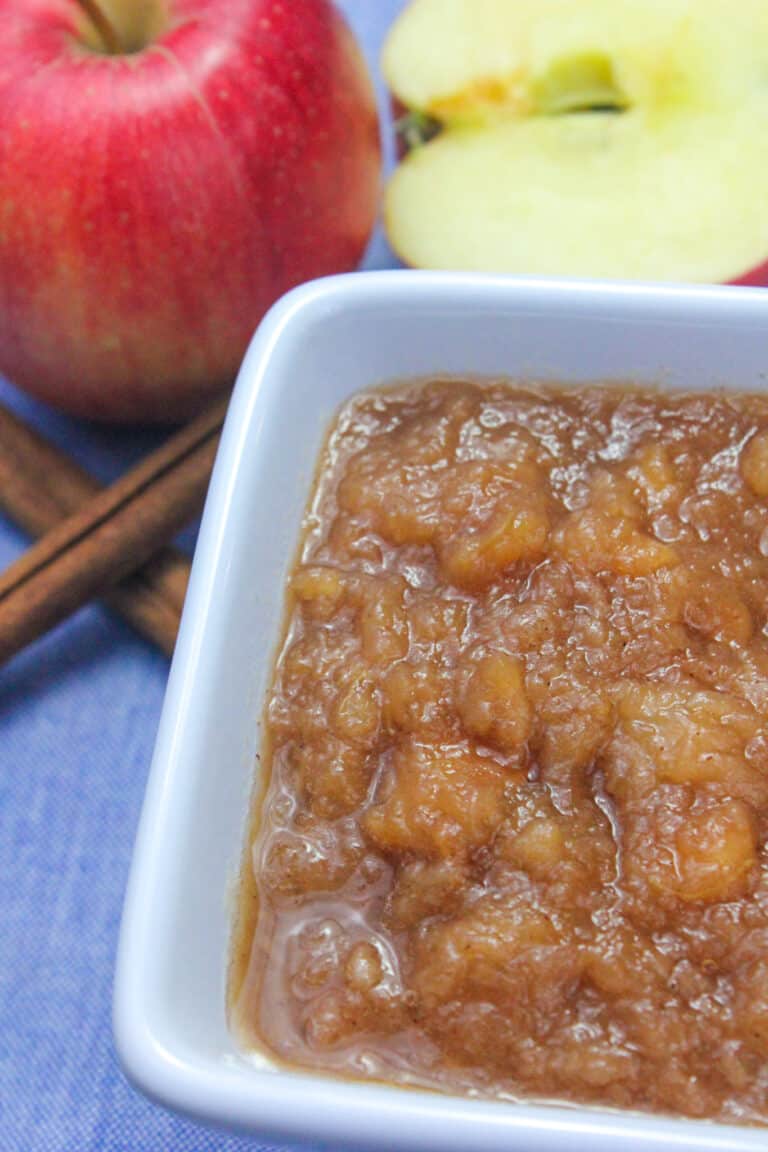 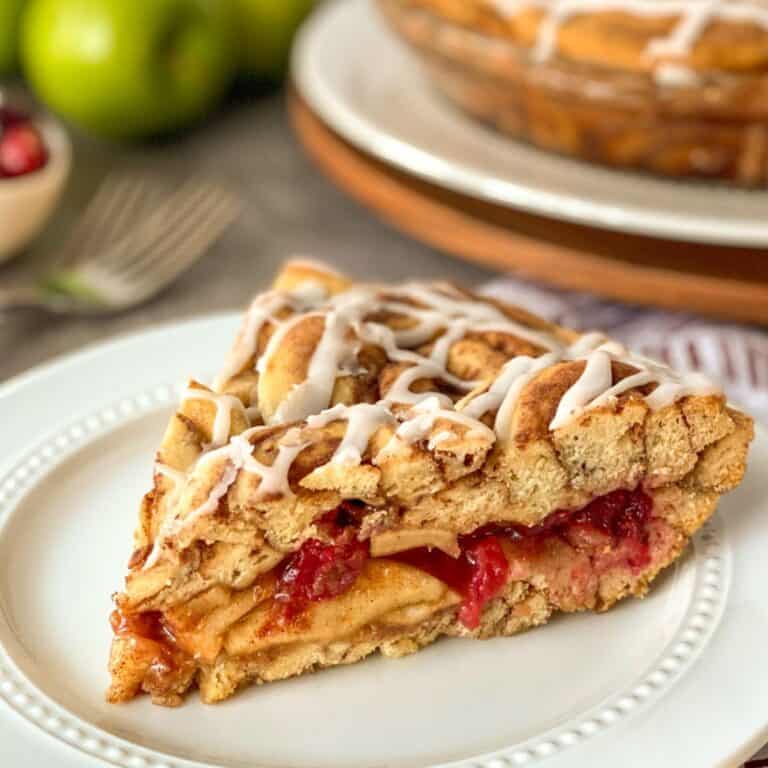 This Cinnamon Roll Cranberry Apple Pie is a showstopper dessert that combines the delicious flavors of tart cranberries and apples with a sweet cinnamon roll crust. A beautiful treat for any special occasion or holiday meal. Deliciously sweet and tart Holiday meals are full of delicious flavors from savory sides to various appetizers. But the… 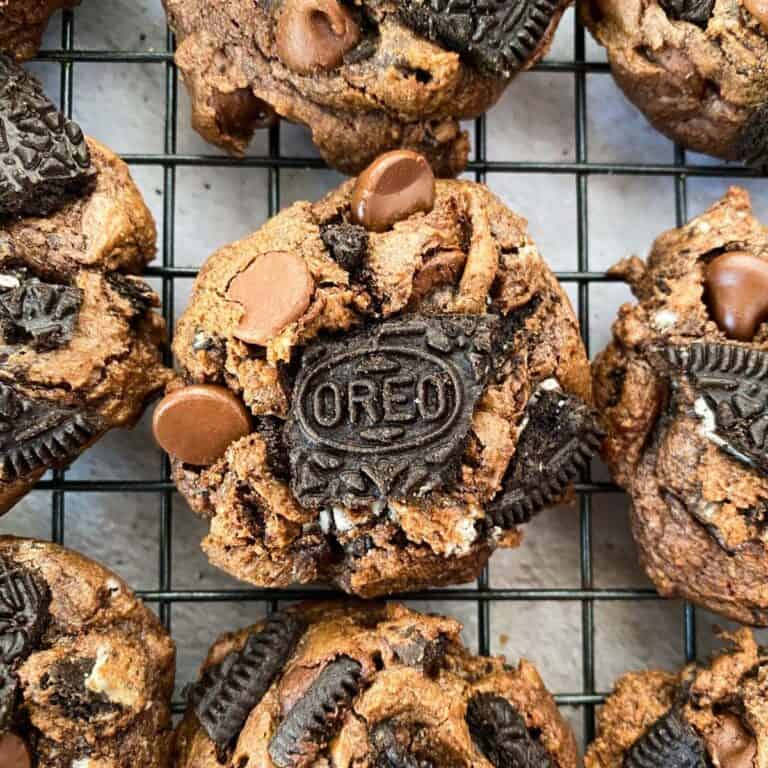 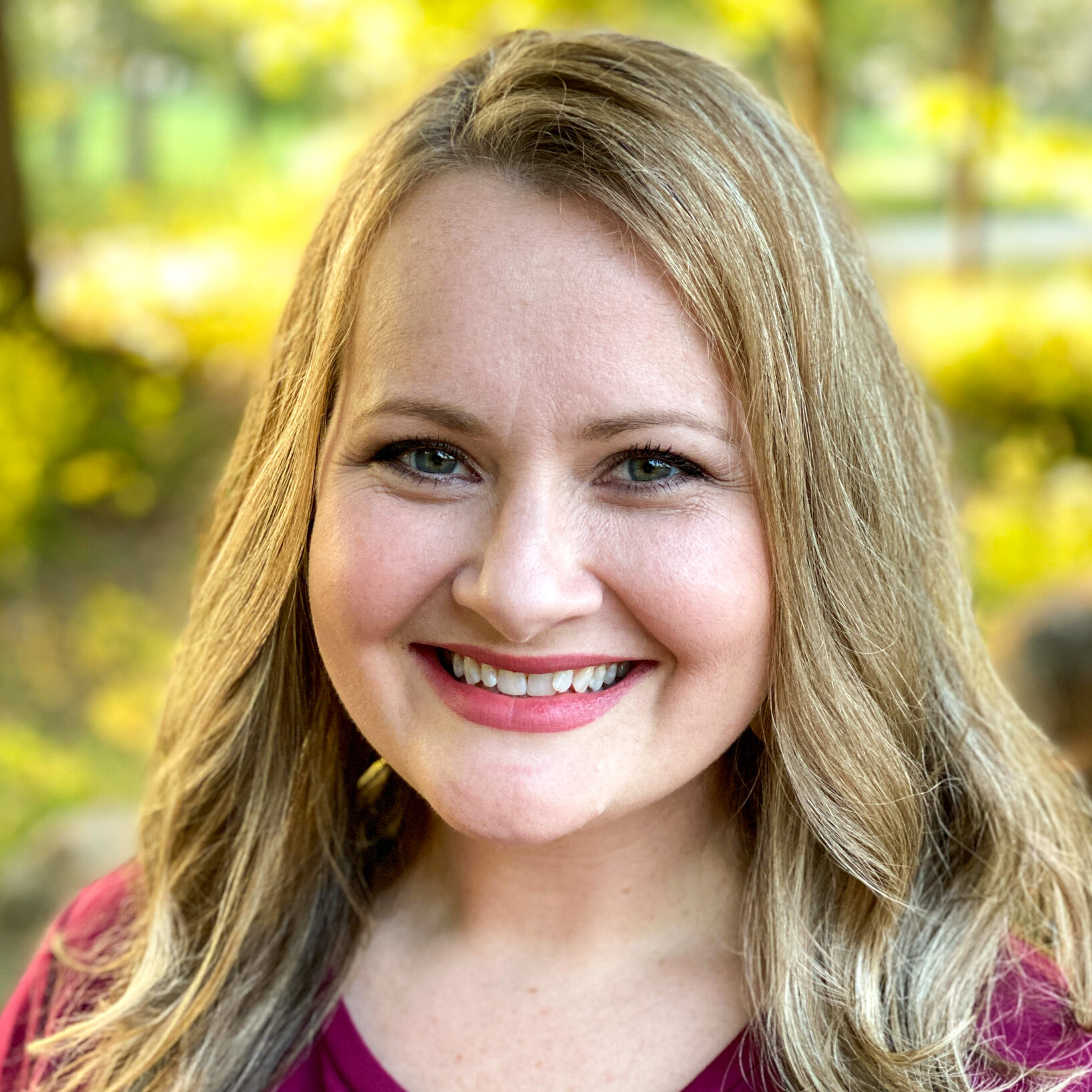 I’m Braghan. I’m a wife and mother of three kids that keep me on my toes! I love to cook meals that both taste delicious and save money! 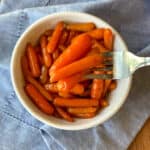 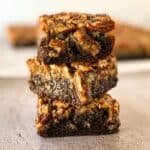 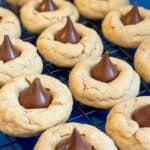 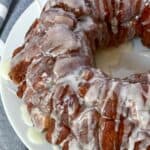 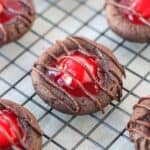 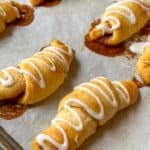 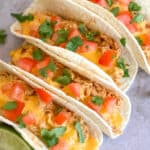